Process: For my next few pieces I wanted to focus on making sure that they related to one another, a series of pieces, either diptych or triptych. This piece is a diptych, the first piece I wanted to show how the sabertooth tiger became extinct, it wasn’t because of volcanic eruptions or meteors falling, which are all theories of how this animal became extinct, but it was because of over-hunting. The sabertooth tiger got hunted into extinction, the reason being because of its fur which was used for warmth, and for houses, To show this, I thought of ways to show how the sabertooth tiger became extinct without actually revealing how, to make the viewer think while looking at the piece. So I started by researching images of their skulls, because I wanted to show death by making the skull stand out, and represent how naked the animal is because it was skinned for its fur and because it’s no longer alive. And for the background I decided to make stencils of the weapons used to hunt these animals and skin the, that brought them to extinction. For my medium, it had to match the medium in my second piece of this diptych, so in all my other pieces I’ve used pen, so I wanted to continue using that medium as well for my other pieces. And for the background I decided to use spray paint, and for the colors, I chose warm gray colors to match the next piece of this diptych. For the process I sketched the skull with a 2H pencil by looking at my reference photo as a warm up, then made another sketch to make for the final piece. After this I drew out the weapons and cut them out for my stencils, and after getting the big paper I needed I spray painted the stencils in the background. 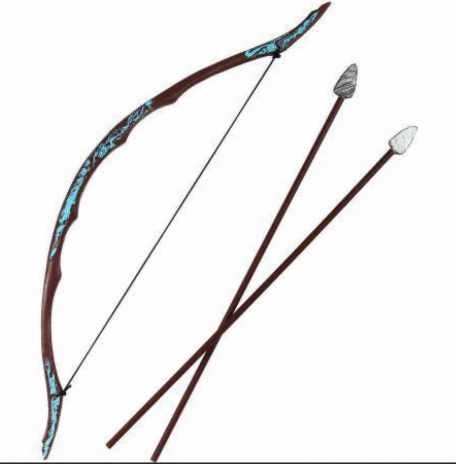 Formal/Technical: Mrs Johnson suggested that if I’m using gray colored spray paint and pen for one piece, then I should do the same for the second piece that way the viewers could recognize that the two pieces go together and relate to each other, and to show how the mediums make the two pieces relate. By making the stencils overlap you see the same stencils repeatedly to emphasize how there were numerous tigers at that time, and it took multiple spears to take down a tiger, and more than one person to do so.

Expressive:  Anna Catherine suggested time make the skull more detailed that way it isn’t so bland and so that it gives off more of a historic/ ancient vibe, like as if the skull were in a museum, and by making the lines thicker on the skull it would make it appear more real. And by using certain lines on the skull it gives of a graphic design, comic kind of vibe, so that it matches the next piece I make with the caveman who will also be drawn in graphic design style.

Sensory: The colors I  chose to give the piece a cool feeling, like winter. In this time period winter was every day of their lives, and so by using grays it kind of gives off an endless cool, winter vibe. In the cold age these caveman were traveling through snowstorms and blizzards, and by making the snow setting on the poster board it shows the climate back then which further explains why the caveman is wearing sabertooth pelt on his body.

Elements and Principles of Design:

Color: I used color in this piece by using various forms of grey to give off a cool, winter vibe and also to demonstrate how this piece related to the next piece, which take solace in lots of snow, so by using grays it gives off a cool, snowy vibe. From dark grey to light grey to white, I overlapped colors to make a collage, and unity of snowflakes to demonstrate the cold time period that was around back then.

Emphasis: I placed emphasis on the skull of the sabertooth tiger by not adding any color to it and by making it the biggest thing on the page, the reason being is so that whenever you look at this piece and the next piece of my diptych you will see how the two relate to sabertooth tigers being hunted. The skull represented how it was skinned fo4 it’s pelt, and also the extinction, because when you go to museums you see skulls everywhere which demonstrates the end of an animal species. And by making the cavemen with a tiger pelt, it shows the use of the pelt for the cavemen’s warmth.